Digital Paintball: Source Alpha released March 25th 2007 with innovative features never before seen in other paintball games. Alpha 2 released later in 2007. And it was about this time the team began falling out. The community got older. Life commitments and families became priority. The Digital Paintball community since 2007 has had spurts of players keeping Digital Paintball 2.1 alive. Semi-consistent releases of new maps and markers to feed the hunger for something new from the community. Now here we are, with the gracious help of past DPB members and well known community players. Digital Paintball Redux is picking up where Digital Paintball 2.1 left off. With a complete overhaul on bringing Digital Paintball up to todays standards of gear and visuals, and Steam compatibility. We look forward to bringing the go-to online paintball experience to your PC. It’s older tech but still holds it’s own against even today’s releases.

Thanks for stopping by. And please be sure to join our Discord and Facebook groups to stay up to speed and share your experiences with other players with a passion for paintball. AND GET SOME GAMES GOING! 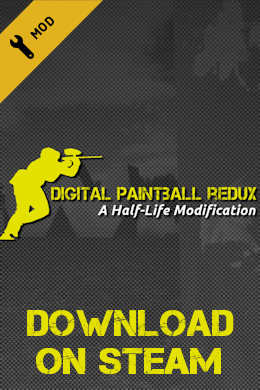